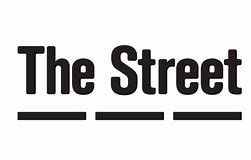 While it’s common for one partner to handle most money decisions in a marriage, it’s important for planners to make sure to listen to both.

It’s not uncommon for couples to split up their household duties, with the more money-savvy partner handling the finances. But financial planners say cases where one spouse completely dominates discussions about money and investments while the other partner checks out can be a cause for concern.

Such an imbalance can create serious problems down the line if the financially dominant spouse becomes ill or dies. It can also point to deeper tensions and problems in the marriage as well.

Faced with this situation, some planners say they attempt, both in subtle and some less subtle ways as well, to connect with the silent spouse and make sure everyone is on the same page.

For financial planners, understanding these dynamics and finding ways to get both partners on the same page is part of the job, requiring at times the skills akin to that of a psychologist or family therapist.

“It’s so important for the financial advisor (unbiased third party) to allow both parties the opportunity to be involved,” said Marguerita Cheng, chief executive officer and founder of Blue Ocean Global Wealth in Gaithersburg, Md., and a CFP.

It may be natural for one spouse to take the lead on financial matters.

But failing to engage the other partner in the discussions can have serious ramifications down the line, planners say.
If only one spouse does all the talking while the other stays silent, it can lead to major misunderstandings later about everything from how much investment risk to take on in trying to meet retirement goals to what age to retire at,” said Chris Schiffer, executive vice president and chief operating officer of AEPG Wealth Strategies in New Jersey.

“It can lead to a skewed understanding of goals,” said Schiffer, a certified financial planner.

Sean Williams, wealth advisor at Sojourn Wealth Advisory in Baltimore, said the impact can be devastating if the spouse dies who has exclusively handled the couple’s finances with little or no input from his or her partner.

He recalled working at a bank in the early 2000s and twice having tearful women come to him after their husbands had died. One said she had seen letters from the bank and was trying to figure out whether her late husband had opened an account there.

“These women were experiencing the great loss of their loved one and felt absolutely abandoned and ignorant,” Williams said. “I don’t want any of the families I serve to experience anything like that. Sure, one spouse may show more interest in personal finance or the markets than the other, but both have to be informed enough to make decisions together.”

Erika Safran, founder of Safran Wealth Advisors in New York said it’s OK when one partner is the “primary spokesperson” for a couple’s finances.

But when that partner starts to critique or belittle his or her spouse’s financial life, it raises alarm bells for Safran.

“When one person dominates the conversation with ongoing concern (diatribes) about the other person’s financial life and situation, that’s when the problems arrive,” she noted. “The dominator demoralizes their partner who eventually disengages and gives up their power to the dominating force.”

There can also be other baleful consequences when one spouse completely dominates financial decision making.

Advisors need to have a close eye on this dynamic and “should be adept at mediating involvement of both in any discussion to ensure comprehension, consensus and acknowledgment,” said Lili Vasileff, founder and president of Divorce and Money Matters LLC in Connecticut.

“Without the advisor being attuned to seizing this opportunity, this is [the] most common indicator for couples heading to divorce,” said Vasileff, a CFP and president emeritus of the National Association of Divorce Planners.

When it comes to getting both spouses talking about their finances, financial planners often borrow a page or two from the psychologist’s playbook.

Neil Waxman, managing director of Capital Advisors in Shaker Heights, Ohio, said getting out of the trap of simply focusing on the talkative, more financially-confident spouse requires planners to tap into a different skill set.

For the planner, that means active listening “and engaging both parties in discussions with each other via open-ended and directed questions,” Waxman.

According to Waxman, it is referred to commonly in the field as “financial social work.”

Kristin Sullivan, a CFP at Sullivan Financial Planning in Denver, said she goes out of her way to make eye contact with the quieter spouse. Sullivan will also stop the conversation and ask the less talkative spouse, “Are you comfortable with this?” or “Would you like me to explain more about this idea?”

Patti Black, a partner at Bridgeworth, a wealth management firm in Birmingham, Ala., said it is common in couples for one partner to serve as the “chief financial officer,” paying the bills, making investment decisions and buying insurance, among other things.

But while this can be fine, it is important that the couple have regular “money talks” to make sure they are both on the same page with these crucial issues.

When she meets with clients, Black asks the “non-CFO spouse” for his or her thoughts first. Black also makes a point of avoiding financial jargon. And she checks in regularly with the quieter spouse, asking, for example, “what doesn’t make sense about what we just discussed?”

“Our health is not guaranteed, so it is critical for couples to have regular “money talks” to make sure financial information is shared,” Black said.