If you’ve tied the knot again and hope to pass on assets to your kids from a previous marriage, don’t overlook the importance of planning for when you pass away.

Many people lack even a basic will and the stakes can be higher if you do no estate planning when you remarry. As a result, your children could unintentionally be disinherited.

“A conversation about estate planning is absolutely critical in remarriages,” said certified financial planner Lili Vasileff, founder and president of Divorce and Money Matters in Greenwich, Connecticut. “It’s emotional and hard to talk about, but the last thing you want to do is leave adult kids with a disaster.”

Roughly 17 percent of people remarry after the first one ends from divorce or death of the spouse, according to the latest data from the Census Bureau. And although the rate of remarriage has dropped over time for most age groups, it’s higher among the 55-and-older crowd: 57 percent in 2013 versus 42 percent in 1960. 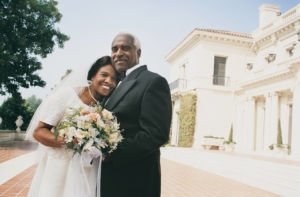 The older you are when you remarry, the more likely it is that you’re bringing assets into the marriage — retirement savings, life insurance policies, brokerage accounts, real estate and the like. There often can be family heirlooms or other belongings you might want to ensure end up with your children.

“When I talk with older couples who are remarrying, I ask them, ‘if you’re both on a boat and it goes down, can you trust the two sides of the families to get together and do what you wanted?'” Vasileff said.

If you die without a will — called dying intestate — the courts in your state will decide who gets what.

That process is public and often messy if would-be heirs have competing priorities and conflicting notions of what is rightfully theirs.

“You don’t want to leave it to the state,” said Melissa Brennan, a CFP and senior financial planner with CFO4Life in Richardson, Texas. “It can be a long drawn-out procedure that no one wants to go through.”

While every situation is different and some can be more complex than others, here are some key things to consider when contemplating how to make sure your heirs end up with the assets you want them to.

One easily overlooked item after people remarry is updating beneficiaries on retirement accounts, life insurance policies and the like. Whoever is listed as a beneficiary will get that money when you die. That designation supersedes any intention stated in your will.

“No amount of estate planning can fix having the wrong beneficiary listed,” said DeDe Jones, a CFP and managing director at Innovative Financial in Lakewood, Colorado.

In other words, if you named your ex-spouse as the beneficiary on your life insurance policy, guess who gets the money.

This means that if he’s your listed beneficiary and you predecease him, those 401(k) assets become his to do with as he wants, which might not include passing them on to your kids. Same goes for other accounts for which he is the beneficiary and, typically, those on which he is a joint owner.

For example, say someone has $500,000 in a non-retirement account and adds his new wife to his account with rights to full ownership upon his death.

“If his intention was to leave part of that to his kids, he didn’t do that,” Brennan said.

Often, remarriage involves a jointly owned home. Depending on the laws of your state and how the property is titled, your desire for your children to inherit your share of it could be upended.

In most states, if it is deeded as “joint tenancy with right of survivorship” or “tenancy by the entirety,” the property automatically belongs to the surviving spouse, no matter what your will says. If you own the house in “tenancy in common,” you can leave your share to someone other than your spouse if you choose.

However, some states have different rules. Moreover, there can be other considerations when it comes to how a house is titled, including protection from potential creditors or for tax reasons later when the home is sold.

That makes it important to consult with professionals before making a decision.

If you want your children to receive particular items when you pass away, it’s important to be as specific as possible in your will so there is no room for interpretation.

“The more particular you are, the better,” Vasileff said.

If you want your kids to receive money but don’t want to give a young adult — or one prone to poor money management — unfettered access to a sudden windfall, you can consider creating a trust to be the beneficiary of a particular asset.

A trust holds assets on behalf of your beneficiary or beneficiaries, and is a legal entity dictated by the documents creating it. If you go that route, the assets go into the trust instead of directly to your heirs. They can only receive money according to how (or when) you’ve stipulated in the trust documents.

“The trust distributes money based on any criteria you decide,” said Jones, of Innovative Financial.

Experts often recommend discussing your goals with not only your spouse, but your children as well. While you don’t necessarily need to go into dollar amounts, managing expectations can help avoid discord between your partner and your children.

“If your kids or spouse don’t know what to expect when you die, there can be a lot of conflict,” Brennan said. “I’m a big believer in getting all the information out there.”

First up is choosing someone to handle your finances if you reach a point where you cannot.

When you give someone durable power of attorney for your finances, that person will be in charge of paying bills and filing tax returns, for example.

You also should give someone durable power of attorney over health care. That lets the designee make important health-care decisions if you cannot.

This is separate from a living will, which states your wishes if you are on life support or suffer from a terminal condition. This helps guide your proxy’s decision-making. And if you have no one named, medical personnel must follow your wishes in that document.

While creating an estate plan might not seem appealing or fun, the process can help ensure that your assets end up where you want and your wishes are carried out.

“It comes down to doing some visualization that people don’t like to do — imagining themselves no longer alive,” Jones said.