In this article published in Bloomberg News, Lili Vasileff contributes to a discussion of the state of information sharing in marriages — especially when it comes to financial details. Lili says, ‘‘Most couples don’t share fully financial details about private accounts, the nature of investments, or the amount of savings.” 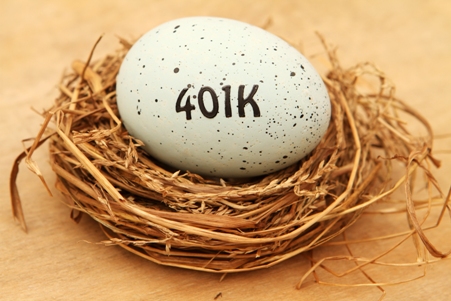 Trust of politicians in America seems to have reached a new low in this election season.

But who would have guessed how little trust exists across the kitchen table?

Many American couples don’t share even basic financial details of their retirement savings account, beyond the fact that they have one. Twenty-one percent of couples either married or living together didn’t have a ballpark sense of the value of their partner’s retirement account, according to a new study.

For some, it could be that it just never came up, but for others it could mean that ‘‘I do’’ doesn’t necessarily mean ‘‘I’ll disclose.’’

Results like that from a Harris Poll survey for website NerdWallet of more than 1,800 couples show just how hard it can be, or how reluctant some people are, to talk about money.

‘‘Most couples don’t share fully financial details about private accounts, the nature of investments, or the amount of savings,’’ said Lili Vasileff, president of financial planning firm Divorce and Money Matters, in Woodbridge, Conn. “Even expectations for retirement are widely apart.”

Beyond simple lassitude and outright omission, there is a cultural component to be considered, too. It may simply be that money wasn’t discussed when a partner or spouse was growing up, said Chris Chen, a financial planner based in Waltham.

‘‘I often find that people will have inherited destructive money notions that they carry on in their lives,’’ he said.

Then there is simple fear: Out of sight, out of mind, especially in a country where more and more people worry they will run out of savings before they run out of time.

Couples are more likely to talk about the lifestyle side of retirement and less likely to run calculations about what it might cost, said NerdWallet investment specialist Dayana Yochim.

‘‘They’re fearful of what the numbers will show them,’’ she said. When couples do focus on retirement accounts, they’re often surprised to see how much a partner’s savings have grown, said Michael Resnick, a certified financial planner at GCG Financial in Deerfield, Ill.