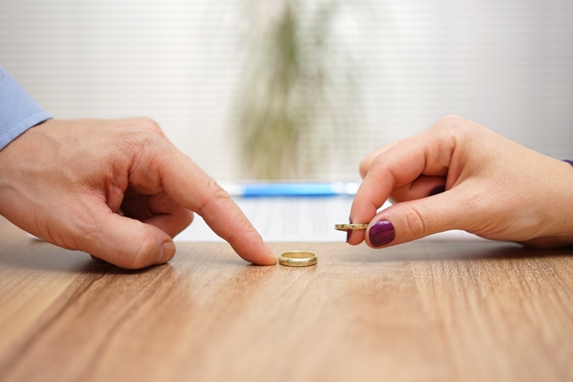 Lili Vasileff is quoted in a recent article by Beth Pinsker for Reuters Money on how older couples approach the financial aspects of divorce. Lili says, “Some couples are now putting together ‘post-nuptial’ agreements when they physically separate, just so there are rules for financial arrangements to cover things like disposable income and debts.”

What makes couples want to split after decades of marriage?

“They look at their spouses and say: ‘I have between 20 and 30 years left, and I don’t want to spend it with you,’ ” says John Slowiaczek, a divorce lawyer in Omaha, Nebraska, who is president of the American Academy of Matrimonial Lawyers.

But the older you are and the longer the marriage, the more complicated the divorce typically is financially. Sometimes it is so daunting that couples end up living apart for years without filing for a formal divorce. Nevertheless, the number of so-called “gray divorces” of those over 50 has doubled in the last 25 years, according to the Pew Research Center.

Divorce lawyers and financial professionals put a somewhat higher age on the gray divorces, with people in their 60s splitting up after long-term marriages or second marriages, with grown children. Slowiaczek’s oldest client is 90.

Since these tend to be unhappy stories, emotional baggage can cloud financial negotiations. For example, Slowiaczek explained that his 90-year-old client sought a divorce as part of an inheritance battle between his sons from his first marriage and his current wife’s children.

“There’s a cooling off period,” said Sara Stanich, a certified divorce financial analyst (CDFA) based in New York. Later on, couples can file official paperwork, often with less to fight about.

One woman in her 60s talked to financial planner Cynthia Turkington, of North Oaks, Minnesota, for 45 minutes about her financial situation before mentioning in an off-hand way that she was still married and had no formal separation agreement with her husband, even though they had been living apart for more than three years.

Turkington, also a CDFA, offered this advice. “Clarify that situation before you can look at assets.”

A legal separation is crucial for several reasons. If you do not formalize the split, you may be liable for debts your spouse incurs during the time period you are apart, even if you know nothing about them. Your estranged spouse also can make medical and financial decisions if you are incapacitated and will likely inherit your estate automatically upon your death.

In addition, retirement accounts cannot be split without a divorce decree. So, if you are the spouse due a share of a pension or 401(k), you will have no claim to those funds unless your spouse dies and you inherit a death benefit.

Lili Vasileff, a CFDA in Woodbridge, Connecticut, said some couples are now putting together “post-nuptial” agreements when they physically separate, just so there are rules for financial arrangements to cover things like disposable income and debts.

One reason many couples extend their financial entanglements is to stretch health insurance coverage for one spouse until Medicare kicks in at 65. The Affordable Care Act made some of these machinations unnecessary, and corporate policies have started to restrict coverage of separated spouses. But even if there is no coverage issue involved, there can still be heavy costs – both financial and emotional – that keep people tethered.

Andrea Vacca, a collaborative divorce attorney and mediator in New York, had a client who put off a divorce when one spouse got Parkinson’s. They had plenty of assets, but were concerned about who would take the lead in caring for the sick spouse.

For older couples, the marital home seems less of a concern. Many are ready to downsize anyway, and they simply sell and split the proceeds. But Slowiaczek still sees a precarious situation where one spouse will be emotionally connected to the house.

This spouse will buy out the other spouse, using his or her share of the other’s retirement account. But taxes complicate the process. A house’s equity is valued in post-tax dollars while a pension or IRA is pre-tax, so there is a differential that often works against the spouse with less money.

The bottom line: getting divorced close to retirement basically cuts your retirement readiness in half, said Slowiaczek.

“Your cost of living is less, but not necessarily half, and you can’t live to the same standard,” Slowiaczek said.

View this article online at: https://www.reuters.com/article/us-money-retirement-divorce-idUSKBN17S2KL