MY TWO CENTS MAY 15, 2020
‘Might as Well Use This Time to Get a Divorce’
By Charlotte Cowles 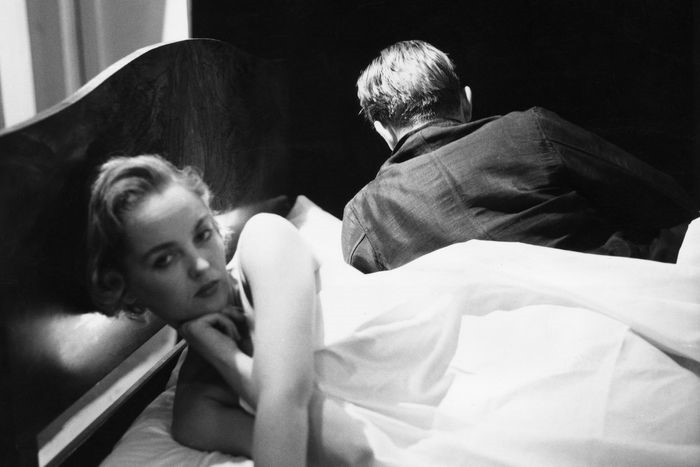 My friend Anna has been waiting for her boyfriend’s divorce to be finalized since they first met, over a year ago. And this past February, things finally fell into place — his ex agreed to the settlement terms, they put their apartment up for sale, and he and Anna made plans to move in together. Then the pandemic hit. How could he sell the apartment now? How much would it even be worth? How would this affect the rest of his marital assets? “I know it’s not his fault,” Anna moaned, “but it seems like this will never end.”

Like so many other parts of our lives, divorces are currently on “pause.” Courts are closed, and judges are only hearing motions for emergencies, like cases of domestic violence. Back in March, Mayor Bill de Blasio signed an executive order to block the serving of legal papers in New York City unless they were “in support of essential businesses or services” — so you can’t even file for divorce, period.

“Many people are being forced to stay married right now,” says Jacqueline Newman, a matrimonial lawyer and author of The New Rules of Divorce: Twelve Secrets to Protecting Your Wealth, Health, and Happiness. “I also have a lot of clients who have said, ‘Pencils down. I’m not doing anything until I know more about the market or when I can reopen my business.’” Aside from child custody, money is the ugliest, most contentious part of divorce, and it’s hard to negotiate the value of what you “have” (and how to split it) when the economy is crumbling at an unprecedented pace. “My clients keep asking, ‘”What have you done in situations like this?’” Newman says. “And I keep explaining, ‘There have never been situations like this.’”

There’s also a popular theory that the pandemic will bring about a tsunami of divorces as couples in isolation are forced to come to terms with the fact that they can’t stand each other. While there’s no data to support this yet in the U.S., marital separations in China surged in March as people emerged from weeks of mandated stay-at-home orders.

To be fair, many of these marriages may not have been on very solid footing to begin with. “People seem to think that divorces are correlated with couples driving each other nuts while they’re quarantined together, but I don’t think that’s the case,” says Todd A. Spodek, an attorney who runs the Spodek Law Group in New York. “Instead, we’re getting a lot of clients who know that a divorce is inevitable, and just like some people are saying, ‘Hey, I might as well use this time to finally paint the study,’ other people are saying, ‘I’m going to use this time to deal with my divorce.’ And I think that’s very strategic.”

Of course, the fact that a lot of strained couples are living under the same roof is not ideal. “Most of these people aren’t living in palatial mansions; they’re living in standard New York City apartments. So it’s a recipe for disaster,” says Spodek. One of his clients is in the midst of divorcing his wife, and neither will agree to leave the house. He’s tried to get a judge to compel her to move out, but no dice.

“Pre-pandemic, we’d be like, ‘Go stay with your brother or your mom,’ but now people have nowhere to go, and it’s a little scary. People’s jobs have been impacted, and they’re under stress, and it doesn’t take much for someone to cross the line,” says Spodek. “Then the police get called because someone’s yelling, someone’s throwing something, someone’s fighting.” As a solution, his law firm has partnered with a company called Blueground, which normally rents furnished corporate apartments but is now also giving special deals to his clients who need to get out of their homes.

It all sounds pretty hellish, but just because people can’t litigate right now doesn’t mean they’re stuck in limbo. In fact, there’s a lot they can do, and there’s a good chance they’ll work out a better agreement and save a lot of money as a result, says Lili Vasileff, the co-president of the Association of Divorce Financial Planners and author of Money & Divorce: The Essential Roadmap to Mastering Financial Decisions. “Normally, one person might be making legal threats and pushing the other person into fear and anxiety and paralysis. But now that courts are closed, people are looking at the workarounds that remain open, like mediation and collaborative law, which encourage a more cooperative approach and are usually less costly than litigation.”

No matter what, you should take a few breaths before you run out and hire a lawyer. “Tensions are high, and some people are acting impulsively,” says Spodek. “Just last week, I got a new client who wanted to divorce his wife as quickly as possible. He signed the documents and paid our retainer fee and everything.” Then, barely an hour later, the man texted him back. “He was like, ‘I’m sorry, I love my wife, I’m not getting divorced. We were just in a bad fight.’ And I’m happy for him, but I just couldn’t believe that a fight would go to that level.”

But like Spodek said, sometimes the divorce is truly inevitable. And many couples are continuing to hammer out divorce agreements so that the paperwork is good to go when courts reopen (laws have been changed to allow remote notarization of documents). The cheapest way to do so is called pro se, which means you’re representing yourself and you don’t deal with lawyers at all; you can just fill out forms online and pay a fee. Courts are also allowing more and more forms to be submitted digitally, says Vasileff, so that the system will be less clogged once it starts moving again.

Once there’s money or kids involved, though, it’s time to call in the professionals — which can still be done on Zoom. Mediators are often a cost-effective solution because you only have to hire one person to facilitate negotiations between the two of you. Alternatively, you could go with a collaborative divorce, which entails hiring attorneys as well as a neutral mental-health professional and a financial professional. “It’s a lot of people in one video call,” says Newman, “but people are still doing it and getting agreements done.” To speed things up, Spodek is planning to file many of his cases in smaller counties upstate where courts are reopening sooner and will be less backlogged.

As for the actual settlements, lawyers are getting creative. All the attorneys I spoke to are drafting workarounds where assets aren’t split right now but at a date in the future instead so that the economy theoretically could recover somewhat before the marital estate gets divvied up. One of Newman’s clients is divorcing a man who owns a business that’s been hurt by the pandemic, but Newman thinks it will recover, and is encouraging her client to push for a piece of its future value rather than taking her share as it stands now. “It’s too early to know for sure, but I don’t want her to sell at the bottom of the market, so to speak,” she says. Still, it’s a shot in the dark that drags out a process that most people would prefer to end quickly.

There’s never a good time to get divorced, but the silver lining of the pandemic is that it has encouraged some people to be more sanguine about the process. “Smart people are saying, ‘Let’s take a break. We’re still moving forward with the divorce, but let’s not let the pandemic make it ten times worse,’” says Spodek. But that’s not everyone, obviously. “A few clients just can’t be managed like that. We had a woman call today who was like, ‘Hey, my husband just stepped out to walk the dog, so I can only talk for five minutes, but I want to get divorced. I can’t take this anymore.’ Coronavirus or not, they’re ready to go.”