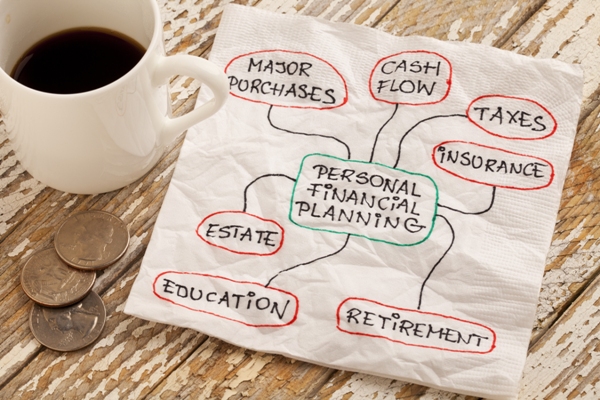 December is expected to be a busy month for the nation’s divorce courts. The tax overhaul enacted late last year eliminated the deduction for alimony, but unlike most provisions in the law, this one doesn’t take effect until 2019.

As of January 1, the IRS will treat alimony payments in the same manner as it treats child support, which isn’t deductible and is tax-free to the recipient. Currently, the ex-spouse who pays alimony can deduct the payments, and the ex-spouse who receives them must pay taxes on the money.

Even with the tax break, many alimony recipients will end up worse off, say divorce experts. Without the deduction, “the higher-earning spouse–usually the husband–isn’t going to want to give away as much money,” says Dean Hedeker, a Chicago-based tax attorney. By allowing higher earners to deduct alimony payments, the government was “essentially subsidizing the payors to allow them to pay more,” says Lili Vasileff, a certified financial planner and author of Money & Divorce: The Essential Roadmap to Mastering Financial Decisions (American Bar Association).

If your divorce is expected to include alimony, and you’re already far along in negotiations, it makes sense to get it done by December 31, Vasileff says. But don’t rush into a hastily drafted agreement that could cost you more than the deduction saves, says Heather Locus, a Chicago-based certified financial planner who specializes in divorce. In some states, it’s already too late. In California, for example, you can’t finalize a divorce until at least six months after filing, so if you didn’t file by June 30, you’re out of luck.

Dividing assets in a gray divorce

The divorce rate for couples 50 and older has doubled since the 1990s, according to the Pew Research Center. Among those 65 and older, the divorce rate has nearly tripled. For these couples, dividing assets can be much more complicated than deciding who gets the house and the furniture. Both parties may come to the table with well-funded retirement plans, such as IRAs, 401(k)s and pensions. Arguments over retirement savings and pensions are the second-most-common type of financial dispute among divorcing couples, according to the American Academy of Matrimonial Lawyers (disputes over spousal support come in first).

Even when a divorce is friendly, dividing up retirement accounts is complex. If you’re not careful, you could inadvertently end up handing over a big part of your savings to Uncle Sam.

Under federal law, divorcing spouses who want to divide a workplace retirement plan, such as a 401(k) or a pension, must obtain a qualified domestic relations order, or QDRO. A QDRO is a court decree that grants an individual the right to a portion of the employer-sponsored retirement benefits of his or her former spouse. It can specify either a dollar amount or a percentage of the plan to be paid to the recipient. The order must comply with the retirement plan’s rules, so ask your company’s human resources department to review the order before you finalize the divorce.

If you’re the recipient of a portion of your former spouse’s workplace plan and you’re younger than 59½, the tax law provides a one-time, divorce-related exemption from the 10% early-withdrawal penalty. You’ll still have to pay taxes on any money you withdraw from the plan. To avoid a tax bill, roll the money directly into an IRA.

Transferring money from a former spouse’s 401(k) plan or traditional IRA directly into your own IRA will enable you to avoid taxes now, but you’ll eventually have to pay taxes on withdrawals from those accounts. Too often, divorcing spouses fail to factor in future tax bills when divvying up their assets, says Haleh Moddasser, a certified public accountant and author of Gray Divorce, Silver Linings: A Woman’s Guide to Divorce After 50 (BookBaby). Moddasser recalls meeting with a divorced client who had agreed to accept a $1 million retirement account, while her ex-husband kept a taxable account valued at $1 million. The woman thought her divorce was equitable because she didn’t realize that the money she’d received had never been taxed, which reduced the value of the account by more than one-third after taxes, Moddasser says.

The house. It’s not unusual for one spouse–usually the woman–to want to remain in the home after the divorce, even when the children are grown. But before you agree to give up a share of other assets, such as a portion of your ex’s retirement savings, in exchange for the house, make sure you can afford to keep it.

An analysis of the costs is particularly important now because the new tax law could make owning a home more expensive. The law caps the amount you can deduct in state and local taxes at $10,000 a year, effectively increasing taxes for homeowners who live in states with high property taxes. Interest on home equity lines of credit and home equity loans is no longer deductible unless you use the money to “buy, build or substantially improve” your home. If, for example, you use a home equity line to pay off your credit cards, the interest isn’t deductible.

If you’re contemplating downsizing and your home has appreciated significantly in value, you may want to sell before the ink on your divorce decree is dry. While you’re married, you can exclude up to $500,000 in capital gains on the sale of your primary residence, as long as you’ve lived in the home for two of the past five years. For single homeowners, the exclusion is $250,000. Still, there are strategies you can use to preserve the $250,000 for both former spouses. For example, if the divorce agreement calls for one ex-spouse to live in the house and the other to co-own it, the ex-spouse who moves out can still claim the property as his or her primary residence for tax purposes. When the house is sold, both spouses can claim the full $250,000 capital gains exclusion.

Health care. If you’re covered by your spouse’s employer-provided health insurance plan, start shopping around for coverage well before your divorce is final. You can extend your spouse’s employer-provided coverage for up to 36 months through COBRA, the federal law that allows employees and their spouses to continue coverage after a job loss, divorce or other qualifying event. Signing up for COBRA will allow you to continue using the same health care providers you’ve used in the past. The downside is that COBRA is expensive. You must pay both the employer’s and employee’s share of the premium, plus a 2% administrative fee.

Another option is to sign up for an individual insurance policy through your state’s health insurance exchange (see Pick a Better Health Insurance Policy). If your income qualifies you for a federal subsidy, which is available for people whose income is up to 400% of the federal poverty level ($48,560 for singles), premiums could be much lower than what you’d pay under COBRA. You should sign up within 60 days of losing your ex-spouse’s coverage; otherwise, you’ll have to wait until the next open-enrollment period. (In 2018, it’s November 1 to December 15.) Go to www.healthcare.gov for more information.

Don’t ignore long-term-care needs, either. Long-term-care insurance may be even more important after your divorce because unless you remarry, you can’t count on someone to take care of you as you age.

If you’re in your fifties or early sixties, you don’t have long-term-care insurance, and your break-up is amicable, you may want to consider buying a policy as a married couple before you split, says Jesse Slome, executive director of the American Association for Long-Term Care Insurance. That way, you’ll qualify for a marital discount, which is particularly important for women. Women who wait until they’re divorced to buy a policy will often pay up to 40% more than single men because women are much more likely to need long-term care, Slome says. Most insurance companies allow beneficiaries to keep the marital discount after they divorce and pay separate premiums, he says.

Be sure to tell the insurer to notify you if your ex-spouse doesn’t pay his or her share. The insurance company will typically provide a limited period of time to reinstate the policy, Slome says. After that, it may drop your coverage.

If you already have a policy and want to lower the cost, consider getting rid of the “shared care” rider, which allows one spouse to tap some of the other’s benefits. Getting rid of this rider will typically lower your premiums by 15% to 20%, Slome says.

Estate plan. You’ll need to change the beneficiaries on your retirement savings plans, bank accounts, life insurance and annuities. You should also update your will and any trusts and advance-planning documents for powers of attorney for health care and finances. Don’t wait until the divorce is final. If something happens to you while you’re still negotiating your divorce, your estranged spouse could inherit your assets.

Many couples who are parting as friends would like to avoid the cost and stress of hiring adversarial attorneys. One solution is to hire a divorce mediator, a neutral third party who helps you and your spouse reach an agreement. The downside to mediation is that your mediator may not have the expertise to help you divide complex assets, such as retirement accounts, investment portfolios and second homes. But there’s an alternative: collaborative divorce.

Like mediation, collaborative divorce is designed to be non-adversarial, but each spouse is represented by an attorney. Some divorcing spouses may also enlist a financial planner or an accountant to review proposed agreements. You’ll still need to go to court to get a final agreement, but you’ll avoid contentious hearings and a trial, which can drive up the costs of a divorce.

A collaborative divorce “takes the risk you have in mediation away because each party is represented by his or her own attorney,” says Haleh Moddasser, author of Gray Divorce, Silver Linings: A Woman’s Guide to Divorce After 50. “It’s a more humane way for people to divorce, especially in gray divorces in which a couple has been married for 30 years. They may not want to be married, but they still really care about each other.”